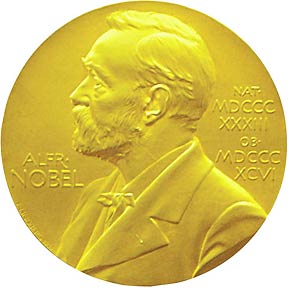 Three scientists have won the Nobel Prize for chemistry. Americans Martin Chalfie and Roger Tsien and Japan’s Osamu Shimomura discovered and successfully developed a fluorescent protein found in jellyfish. Jellyfish will glow under blue and ultraviolet light because of this protein which the three scientists have become known for.

It might not sound like much, but this jellyfish protein has been widely used to study the spread of cancer, how brain cells develop and bacterial growth. Still don’t think it’s a big deal?

The academy compared the impact of the protein on science to the invention of the microscope, saying that for the past decade the protein has been ‘a guiding star for biochemists, biologists, medical scientists and other researchers’.

Yes, this is a big deal.