Dark Energy Exists and Its Tearing the Universe Apart 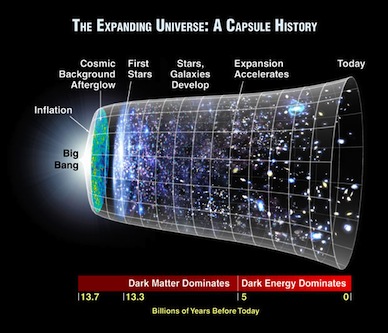 No one can actually see it. No one knows what it is or how it works. But, after a five-year study of 200,000 galaxies, scientists are as certain as they’ll ever be that dark energy exists, and it is tearing our universe apart.

Dark energy is the invisible force that scientists know is there, but can’t see. They know it’s there because in the early 90’s scientists observed giant galactic masses, like supernovae, were moving away from us at accelerating speeds, ignoring the laws of gravity. At some point in our Universe’s history, gravity stopped being the dominant force. Galaxies cluster formation slowed down. Scientists are now certain dark energy is the driving influence behind the expansion of our universe over the last 8 billion years.

Researchers used NASA’s Galaxy Evolution Explorer space telescope and a Australian observatory to peer 7 billion years back in time, the period of time scientists believe dark energy has been the dominant force. The data they collected confirmed earlier findings, that something is counteracting gravity. According to the findings dark energy accounts for nearly 73 percent of the mass-energy of the universe, dark matter, another barely understood piece of the universe, makes up 23 percent of the universe. Baryonic matter (me, you, stars, solar systems, and galaxies) makes up the remaining 4 percent.

The universe will likely keep expanding, and expanding until each galaxy is so far apart the only object in the sky at night will be the moon.

We’ll all be millions of millennia gone by then though. 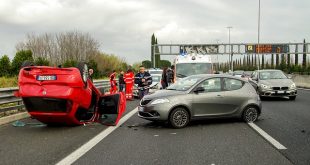