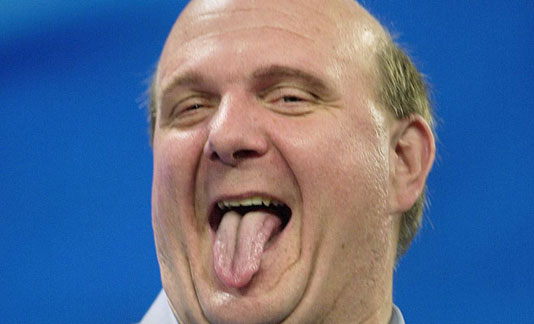 Microsoft CEO Steve Ballmer is one entertaining man. Both brutally unique and charismatic, something which he has recently shown is a certain level of humility. Ballmer has even gone as far as admitting that Vista is an “incomplete product”, while speaking at Microsoft’s Most Valuable Professionals event in Seattle yesterday.

Ballmer claims that the Vista OS is still a “work in progress”, even though this has been a product that Microsoft has been pushing for more than a year now. Though Ballmer has the sense to admit that Microsoft will learn from the mistakes they’ve made with Vista, possibly toning down the biggness of the OS, for something more on the XP end of the bloat scale, by the time the next OS release rolls around. Hopefully something like the old Longhorn demos. — Andrew Dobrow