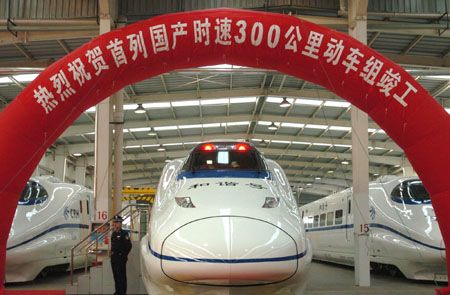 With less than one week to go before the 2008 Olympics begin, China has opened up a “super high speed” bullet train to bring athletes and fans back and forth to events in Beijing and Tianjin. Reaching a top speed of nearly 220mph, the new rail line will cut the travel time between the two cities in half.

Construction on the line took over three years and cost a whopping $3.1 million, but first class tickets are still cheap– it’s $10 for first class and $8.40 to go coach. America’s fastest train is Amtrak’s pitiful Acela service, which runs from New York to Boston. Acela has a puny top speed of only 150mph and costs nearly $200 to ride. Epic fail.