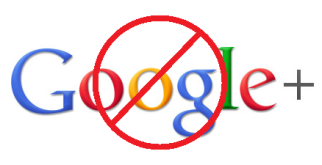 Google+ isn’t even out of its limited release phase, and China already hates it. Wow, that was… fast. Why would China go so far as to pre-block a social network that isn’t even open to the public yet? Here’s one theory:

The Chinese authorities seem to fear the potential consequences of enabling new social media to be used across a wide scale, which means banning citizens from accessing Google’s Google+ social network — that’s what watchdog sites JustPing and Greatfirewallofchina.org reported.

Considering that China has also blocked Facebook, Twitter and many other social networking sites, this really shouldn’t come as any surprise. However, it should make you incredibly glad that you don’t live in China.