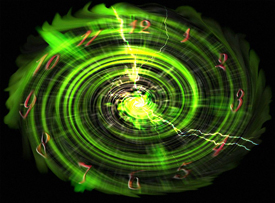 Large Hadron Collider notwithstanding, it’s widely accepted that time travel is not a thing that exists. In fact, the concept of time travel is used primarily to help long-running television programs dig their way out of a writer-created hole, or as a cheap gimmick to bring people into the theatre*. Seeing as how it isn’t a real thing, you would think that people would have a hard time not liking it, right?

Not if you’re China. In fact, China sees time travel as such a threat that the country has banned any form of television, movie or literature that features time travel. Why is China banning anything with time travel, you ask? I’ll leave the spokesman for China’s State Administration for Radio, Film and Television to explain:

The producers and writers are treating the serious history in a frivolous way, which should by no means be encouraged anymore.

Furthermore, China’s State Administration for Radio, Film and Television, or “CSARFT” (say that aloud, why don’t ya?) claims that time traveling programs “casually make up myths, have monstrous and weird plots, use absurd tactics, and even promote feudalism, superstition, fatalism and reincarnation.”

TL;DR: Chinese fans of Doctor Who are boned.

*Notable Exception: Back to the Future. Duh.