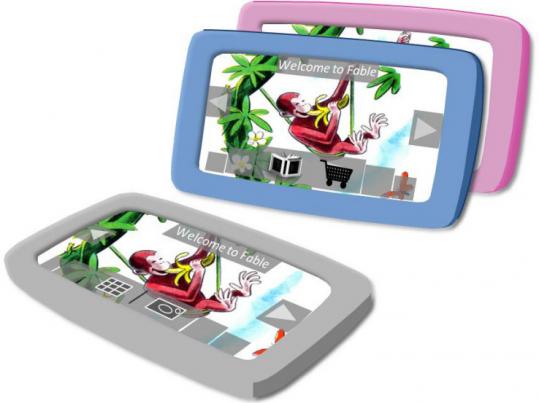 The Boston Globe reported yesterday that Isabella Products, a maker of wireless digital picture frames, has teamed up with publishing giant Houghton Mifflin Harcourt to bring a children’s e-reader to market next summer. Called the Fable, the device will be marketed as a networked color tablet for kids, and will feature a 7-inch color touchscreen and a wireless networking over a secure, managed connection. It’s likely the networking for the Fable will be based on the “Vizit” service now available on Isabella’s picture frames, which manages uploading and sharing of images for $5.99 a month, or $79 annually for enhanced service. The tablets will offer drawing, gaming, and photo apps, and will come preloaded with ebooks from Houghton Mifflin Harcourt, which published the perennially-popular Curious George and Martha Speaks series, The Way Things Work author David Macaulay, and hundreds of titles for kids. The Fable will likely retail for $149 to $179, according to the Globe, with ebook titles running between 99 cents and $3.99. 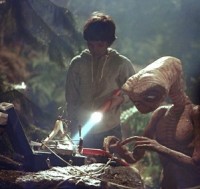 The e-reader market for kids has been an elusive gamble for publishers and device makers alike. The punchy colors of children’s books lose their luster on monochrome e-ink displays, while the app environment of iPhone, iPad, and Android devices seems almost fatally dilute. In 2009, Nintendo introduced a line of interactive ebooks called “Flips” for use on the DS, but the company isn’t marketing titles aggressively. No one has yet to hit the sweet spot—as Texas Instruments did with its Speak & Spell, the iconic electronic spelling game device, which debuted in 1978 for $50. The Speak & Spell featured a one-line vacuum fluorescent display, 128k of solid-state memory, and the first single-chip voice synthesizer—which, with a little hacking, was all E.T. needed to call home. While it may be a stretch to call the Speak & Spell the first e-reader for kids, the device is a reminder that it takes more than functionality to implant a gadget in the culture.