Alongside the white and brown variations of the Samsung Galaxy Tab 3 7.0 is believed to have a slate blue version on the horizon as well. 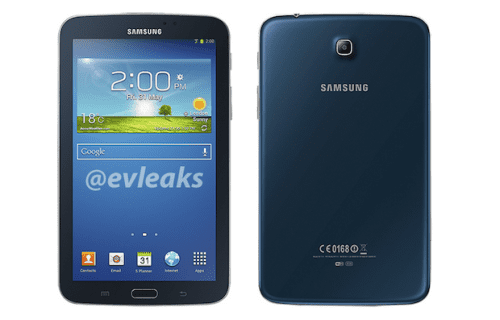 A picture of the slate blue Samsung Galaxy Tab 3 7.0 was reported in a press render according to @evleaks and it should be noted that there is no obvious carrier branding on this tablet. So far there have been no reports as to when the blue tablet will be released.