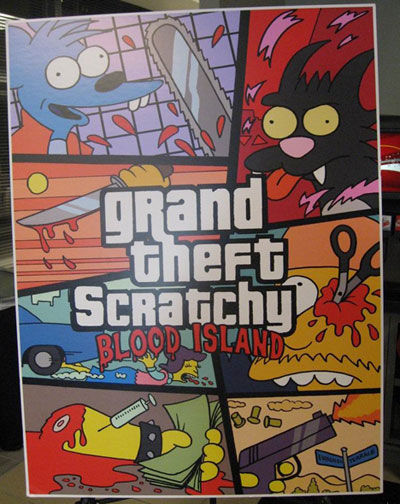 An EA producer was heard commenting about Rockstar’s reaction of the Grand Theft Auto spoof in the upcoming Simpsons game. The producer says that Rockstar “spazzed out like little babies” after hearing of the spoof level in the Simpsons game called “Grand Theft Scratchy”.

Rockstar reportedly forced EA games to change the name of the level, which will now be called the “Mob Rules” stage. Simpsons executive producer Matt Selman explains where the controversy began:

“The game begins with Bart wanting to play a game called Grand Theft Scratchy. Of course this is a parody of Grand Theft Auto. And Marge immediately takes it away from him. She tries to clean up the town and stop the game from being distributed in Springfield because Marge is against video game violence. She uses horrific violence to stop video game violence… in a video game.”

He then added: “That’s called irony. The people who make Grand Theft Auto – they spazzed out like little babies.”