What are the Best Mobile for Gaming? 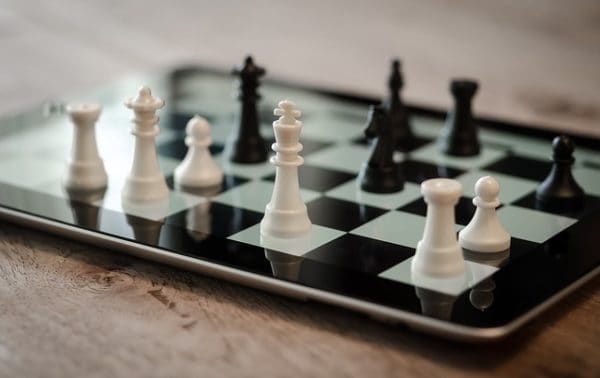 In the wake of the great recession, the smartphone market looked poised to change beyond all recognition. After all, customers had far less money to spend on perceived luxuries, and this led to the rise of cost-effective feature phones at the expense of premium handsets.

While the economic climate has scarcely improved during the last seven years, however, the smartphone market has made a sharp, about-turn. So, while growth in the overall marketplace peaked at 4.2% last year, the demand for feature phones saw an 8.1% decline across the globe.

Instead, customers have begun to seek out premium handsets once again, thanks largely to the pace of technological advancement and the impact that his has had on the design and functionality of smartphones. Similarly, the rise of mobile gaming has also increased the demand for dedicated, high-end handsets, which are capable of offering enhanced gameplay across the board.

The mobile gaming market generated $108.9 billion in revenue last year, so there’s a clear demand for handsets that offer dedicated gaming features. With this in mind, here’s our review of the very best handsets on the market for gamers.

If we had compiled this list last year, Samsung’s Galaxy S7 would probably have come out on top. It should therefore come as no surprise that its successor (the Galaxy S8) has topped our list this time around, with both the S8 and the S8+ capable of delivering a truly immersive gaming experience.

At the heart of its appeal is a simply brilliant AMOLED display, which can be scaled up to a QHD+ resolution of 2960 x 1440. This enhances the quality of graphics and animation on display, which is crucial if you enjoy high-octane and fast-paced gameplay.

In terms of performance, the phone is also backed by a Qualcomm Snapdragon 935 processor and a 3,000mAh battery, which combine to minimise buffering and allow for extended gaming sessions.

Samsung has also revamped its Game Tools and Game Launcher features with the S8, with the former now activating a floating button that enables you capture screenshots in real-time and prevent notifications from appearing on your display while you are gaming.

The upgraded Game Tools feature can also scale and adapt games to fill the screen, in accordance with the unique 18.5:9 aspect ratio associated with the Galaxy S range.

Given this and the all-round quality of the handset’s specification, the Samsung Galaxy S8 is arguably the gamer’s phone of choice in 2018. This handset can still be sourced through mobile phone deals with cheap monthly tariffs too, so it remains extremely relevant in the current market.

Let’s face facts; the idea of a dedicated gaming phone is one that has promised much but failed to deliver through the ages. From Nokia’s ill-fated N-Gage (which resembled a form of light spacecraft) to the Sony’s Xperia Play, these mobiles simply failed to strike the necessary balance between design and performance.

Razer finally bucked this trend in 2017, by marketing a genuinely successful and well-designed smartphone for gaming. The Razer Phone includes a top-of-the-line specification that lends itself to superior gaming, and while some of its other features may fall a little short of expectations it should appeal anyone who enjoys gameplay on the move.

The Razer Phone shares the same, Snapdragon 835 chipset featured in the Galaxy S8, for example, while there’s also a huge 8GB RAM of internal storage included.

There are two features that really stand out from a gaming perspective, however, starting with the whopping 4,000mAh battery. This is the single biggest battery included in any smartphone, and it will ensure that even the most immersive and extended gaming sessions are not cut short by a sudden or unexpected loss of power.

Secondly, the phone’s 5.7-inch display supports a refresh rate of up to 120Hz, which in turn is capable of producing a smooth and seamless frame that lends itself to high-end animations.

All in all, this is a superior gaming phone that has broken new ground in the smartphone market. While it may lack the overall polish and functionality of the Galaxy S8, it has certainly proved to be a popular choice for serious gamers who like to play while they’re on the move.

We finish with the OnePlus 5T, which arguably offers the best value for money of any mid-range smartphone in 2018. It also includes a specification that should appeal to gamers, including those who like to enjoy uninterrupted periods of gameplay.

From a fundamental perspective, the phone has a stunning, 6-inch AMOLED display, along with a hefty, 3,300mAh battery and up to 128GB of internal storage. These specs combine to enhance the quality, longevity and immersive nature of the gaming experience, all within a handset that can be purchased for less than £400.

Interestingly, the OnePlus team have also included a dedicated gaming feature that really catches the eye. This is best described as the ‘Do Not Disturb Mode’, which can be activated to block notifications from appearing that the top of the screen when you’re playing in designated apps. This feature is similar to the one found on the Galaxy S8, although it is entirely customisable depending on your tastes and preferences.

When you consider this feature in line with the retail price and the overall specification, it can be argued that the OnePlus 5T is the best value handset for gamers in 2018.

It’s certainly ideal for anyone on a budget, while it continues to lead the way among mid-range smartphones in the current market.