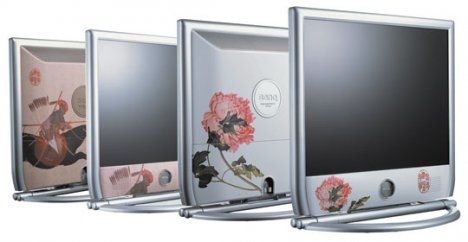 Monitor’s have never been known as the prettiest gadget on the planet, but BenQ is waking up to the fact that some people want some style in their screen. Some of the FP785+’s are being produced with prints by the Eastern artist Giuseppe Castiglione, which sounds like an Italian name to us, definitely not East-Asian. Italian or not, the prints add a nice little dash of style and feminity to these 17 inchers. There’s only 1300 of these babies planned for production though, so grab one while you can. Oh, and by the way…much like many other cool designs, the FP785+ is not available in the US. — Andrew Dobrow