Audi Robots Light Up London With Your Messages 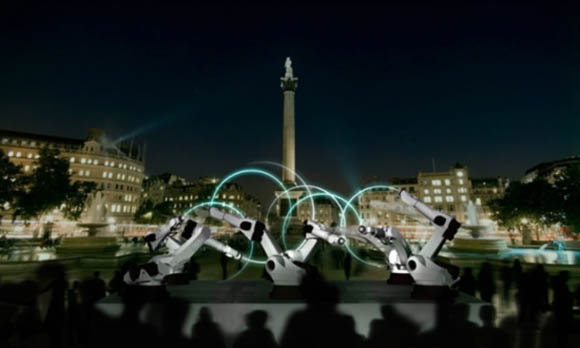 Audi has taken over London’s Trafalgar Square for the next week, transforming it into “an interactive message center” called Outrace. Eight giant, industrial robots from Audi’s production line will have LED lights attached to their arms. The robots will use the LEDs to scrawl messages in the air, much to the pleasure of the onlookers.

But there is so much more. The Outrace messages are actually custom 70-character or less messages submitted by people like you and me. And, if your message is chosen to be written by the robots, they’ll even e-mail you a custom video of the robots writing your message, for free. Head over to the source link to submit your own message for your chance to have it written by a bunch of awesome robots.