Are Landlords are Going too far With Security Technology?

As landlords tighten their grip around how tenants can enter the building, some have gone too far. In the last few years, several landlords made headlines when their mandatory electronic key fobs were discovered to be capable of tracking tenants and violating their privacy.

One apartment building in New York installed a smart lock in September 2018 and refused to provide a physical key to tenants who resisted. Although a side door was available to enter the building with a physical key, the lobby – protected by the smart lock – was the only way to retrieve mail and access the elevators. Tenants were offered the option of using a numeric code to enter the lobby, but they wanted physical keys.

The Latch smart lock system installed in that New York building came with a lengthy privacy policy that allowed Latch to collect and use data for marketing purposes. The app, that was required to enter the building, tracked tenants using GPS.

Angry tenants filed a lawsuit against the landlord and won a settlement in their favor. In May 2019, cnet reported that the judge ruled against the New York landlord, who is now required to provide physical keys to any tenant who doesn’t want to use the smart lock. While a settlement won’t set a precedent for future lawsuits, it’s a win for the tenants.

Many tenants don’t want to trade privacy for convenience

Tenants have legitimate privacy concerns about being forced to use smart home technology installed by landlords. For example, smart thermostats are convenient since they can be controlled with an app, but what if the landlord decides to prevent a tenant from turning on the heat in retaliation for late rent? It’s illegal for any landlord to shut off utilities on a tenant, even during an eviction.

Facial recognition is another form of smart technology being forced on tenants. According to Green Residential, although it’s sold as an amenity, smart home technology creates tension between landlords and tenants.

Although the mentioned settlement awarded tenants the right to physical locks now and in the future, there’s no law that requires landlords to provide traditional keys. The settlement was a win for those specific tenants, while others are still fighting for their rights.

Brooklyn Councilmember Brad Lander introduced a new bill (the KEYS Act) to force landlords to provide tenants with traditional keys to enter their buildings. If the bill passes, landlords will be prohibited from installing mandatory facial recognition, biometric scanning, and any other smart technology that tenants must use to access their homes. “No one should be required to have their movements tracked just to enter their own home, but that is the reality that we are starting to face,” Lander told other Councilmembers.

Landlords have been using facial recognition for years for better security and to prevent illegal subletting. However, tenants are starting to realize these systems put their privacy at risk. In May 2019, over 100 residents at Atlantic Plaza Towers in Brownsville, NY filed a legal objection to their landlord’s plans to install facial recognition technology.

Tenants revolting against technology that threatens their privacy is just the beginning. It’s only a matter of time before nationwide legislation is adopted to prevent landlords from forcing tenants to give up their privacy for security.

Smart home technology is great, but it should be a choice

There’s no denying smart home technology is fun and useful. Plenty of people incorporate smart technology into their homes to generate a richer experience. For example, home theaters, universal remotes, and Wi-Fi security cameras have become a basic staple for many. With a smart coffee maker, you can brew a fresh pot of coffee before getting out of bed.

Many homeowners install smart locks, especially when renting their homes out through Airbnb while they’re away. The difference is, those people are choosing to install smart technology. The tenants being subjected to this technology aren’t being given a choice.

Do landlords have a hidden agenda?

Smart locks, facial recognition, and biometric scanning are all forms of security. However, it’s questionable whether landlords are secretly trying to spy on their tenants or sell data to marketers by installing this technology. From a tenant’s perspective, it’s not worth the risk.

While legislation is underway in New York, tenants in other states may have to deal with the same issues – at least until the courts figure out where to draw the line and set a precedent other states can draw from. 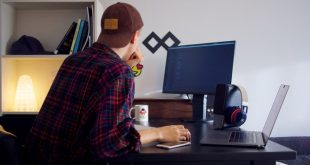 What Businesses Need To Look For In Screen Capturing Technology