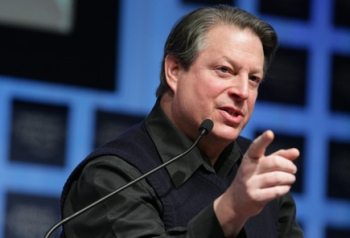 Al Gore has been a board member at Apple for around eight years now. During that time, we’ve never even seen him slip up and leak important product info.

Al Gore was speaking at the Discovery Invest Leadership Summit in South Africa, and added the following sentence to his speech:

Not to mention the new iPhones coming out next month. That was a plug.”

Now, the fact that Apple has a new iPhone that will probably be announced within the next few weeks is probably one of the worst-kept secrets ever. However, this is the first time anyone at Apple has even hinted at confirming the rumors.

If Al Gore were a regular employee, we’d be worried about his job. However, since he’s been a vocal member of the Apple board for almost a decade, he’ll probably only get a gentle reprimand for this slip-up.