Amazon will Compete With iPad, Announces Touchscreen Tablet for October 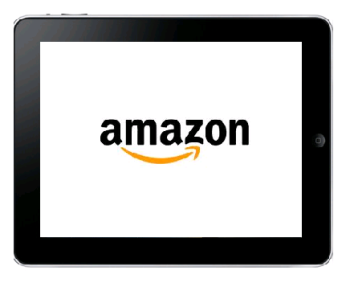 Amazon and Apple have been at war for awhile. Both of them offer digital music, mobile applications and even digital books. Now, it looks like Amazon is taking on Apple in one of the most established of Apple’s markets — the touchscreen tablet market.

The competition between Apple and Amazon has gotten ugly a few times already:

Apple Chief Executive Steve Jobs also has poked fun at Amazon’s Kindle electronic-book reader, saying that few people read and that general-purpose devices like the iPad are superior to single-purpose ones.”

This October, Amazon will be releasing their touchscreen tablet, which will put it in direct competition with Apple’s iPad. Economists are speculating that while competing with the iPad will be difficult, Amazon’s tablet could help promote their digital content. Until now, Amazon has specialized in many types of digital content, but had no hardware to buy/rent their specialized content (aside from the Kindle for ebooks).

The October release is a bit later than previously anticipated, but still welcomed by consumers.