Amazing Lytro Camera Will Revolutionize the World of Photography 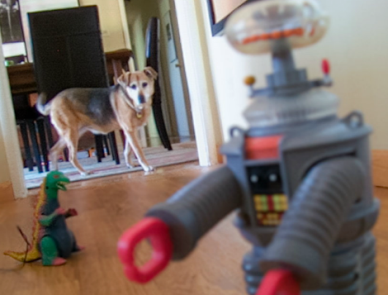 The year 2011 has been full of interesting, quirky and sometimes utterly perplexing gadgets. However, at least one company has actually invented something that will change the world — of photography, that is.

Lytro is currently developing a new camera that has the ability to capture the entire light field affecting a single picture. Each individual light beam is seamlessly captured from a single camera, something that was done in the 1990s by using 100 cameras. What does this mean, in layman’s terms? It means that you can snap a picture, and then decide where the point of focus on that photograph is. This also means that you can manually adjust the orientation, and even display your photo in 3D. How cool is that?

Right now, further details on this amazing camera are a bit scarce. Lytro has said that this camera will cost “less than $10,000”, which makes it easy to worry that this technology might not be available to much of the cash-strapped public. We’ll be able to see more about Lytro’s new “magic light camera” sometime later this year.