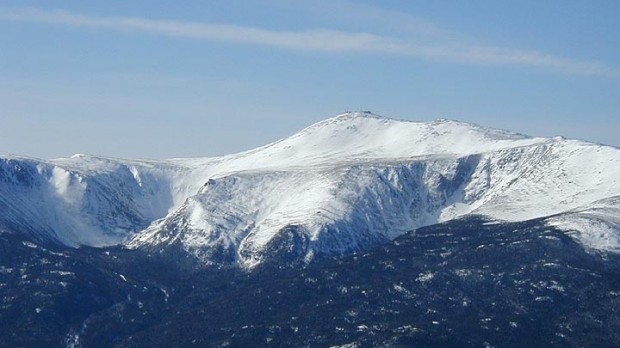 I’m spending a couple of days at the Appalachian Mountain Club’s Joe Dodge Lodge, a hostel at the foot of Mount Washington in New Hampshire’s Presidential Range. At 6288 feet, Mount Washington is dwarfed by the great peaks and even many of the not-so-great. And yet it’s in the crossroads of the great storm systems that heave across eastern North America, making it notoriously home to some of the most dangerous weather on the planet. Coupled with its proximity to major urban centers, Mount Washington’s relatively modest size belies its role as one of the capitals of montane mortality for alpine travelers.

And so it has been for a long time. One of the treats of Joe Dodge Lodge is its cozy library, a cabinet of flagstone, wood, and soaring windows in the shadow of the mountain. On the otherwise-sparse shelves is a full run of Appalachia, the AMC’s scholarly journal, published continuously since 1882. Interleaved amidst natural history notes, meeting minutes, and articles on glaciology are reports of fatalities on Mount Washington and neighboring peaks. In 1900, the journal recounts the death of two trampers on the mountain:

The climbers were seen both before and after they passed over the dome of Mt. Pleasant [a neighboring peak on the ridge of Mount Washington] where, in addition to the date and their names in the record canister, is the entry: “Rain clouds and wind sixty miles Cold.”

They were not again seen alive. On Monday their cameras, some bread, and a bottle, which had held milk, were found farther on, under the lee of the larger of the summits of Mt. Monroe, where a sort of shelter had been extemporized, probably with the help of a jacknife; and still beyond lay their lifeless bodies.

It was about 11.15 o’clock Monday forenoon when Curtis was found. He had suffered a stunning fall. His body lay in the path about a third of a mile beyond the shelter, near the Lake of the Clouds [a tarn nestled in the alpine meadows that spread beneath the summit], and before the path begins the steady ascent of the cone of Mount Washington. Ormsbee’s body was prostrate within a few hundred feet of his goal at the summit.

For all the technological innovations that have come to the mountain sports, tragedy still strikes on Mount Washington with shocking regularity; in the winter of 2003-04 alone, five people died on the mountain. One fatality involved a married couple trying to follow Skookumchuck Trail down from the summit on monstrously wintry day in late March. Losing the line of cairns marking the trail, the couple were marooned above treeline for two nights, by the time the husband caught the attention of a rescue helicopter on the second morning, standing on frostbitten feet to wave a bandana tied to a hiking pole, his wife had succumbed to hypothermia in the bottom of a snow cave.

Eating the lodge’s hearty family-style dinners, you hear hikers and skiers begin the stories of their days on the mountain. It’s like a library, Mount Washington; people come here to check out stories. Most of the stories are happy ones, employing familiar narrative refrains. But everyone knows that their tales derive some tang from the prospect exceedingly remote, but palpable here in the lodge’s comfortable confines of pulling the wrong volume off the shelf.