A Mask of Photo Booth You 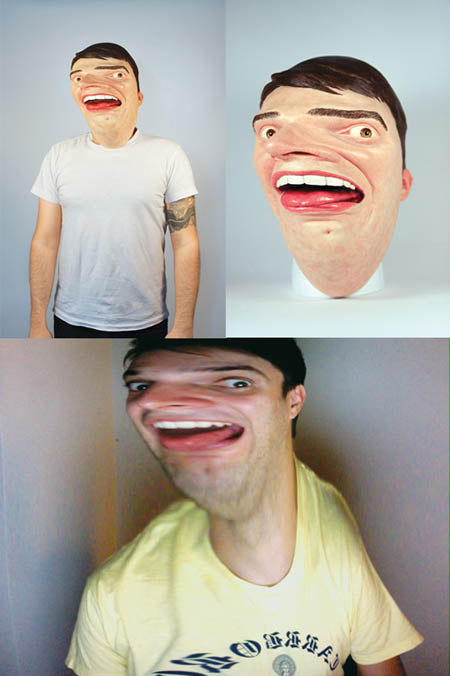 You know how you can use Apple’s Photo Booth app to take some crazy-ass photos of yourself using the various effects? Designer Mark Pernice had the bright idea of creating a mask representing one of the photos taken using Photo Booth and then somehow magically using the app to recompose himself while wearing the mask. Or something like that. I know, it sounds tricky. But let the master himself explain it:

Using Apple’s Photo Booth application as inspiration, the idea was to take the 2D image that it manipulated and create a tangible face in a real environment, then in turn bring it back into a 2D image. Using Photo Booth on the mask itself may create some sort of paradoxal shift where I cease to exist.

I think the concept of making a Photo Booth mask is cool enough, but then it delves into eccentric territory once he brought up that whole “paradoxal shift.” There are a few Photo Booth photos of mine I wouldn’t mind reproducing in mask form.