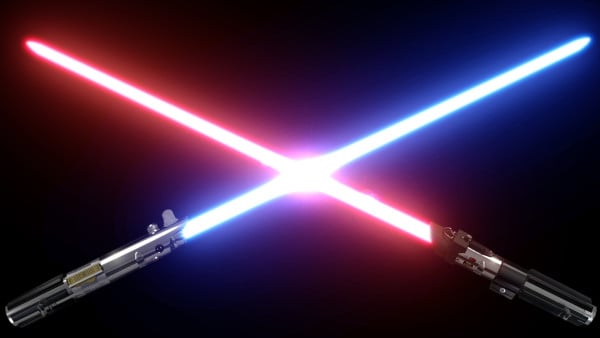 Sci-fi movies have long promised an eventful future filled with spaceships and worker robots. Surprisingly enough, not everything from sci-fi movies is fantasy. Sure, we don’t have anti-gravity landspeeders yet, but check out this list for swanky gizmos from sci-fi movies that have already become a reality:

Who doesn’t love R2D2, C3PO and Wall-E? The number of sci-fi movies with personal robots is too many to count. Scientists have been trying to recreate the human form with metal wirings ever since the existence of the first computer. Robotics has come a long way since then. Now there are automated prosthetic limbs, cars, washing machines and even thermostats.  However, nothing so far has come close to representing a friendly, and useful, android like threepio. Well, at least not until MiP the “balancing robot” came along. MiP can’t talk but it can respond to people’s hand gestures with dancing and music. There’s a long way to go before MiP can fly a spaceship on its own, but it’s still the closest we have to a fun personal android.

Would you believe it if someone told you that face scanners didn’t exist in 2002, when Steven Spielberg did “Minority Report”? When they were first featured in the Tom Cruise sci-fi thriller, face scanners were all hip and very futuristic. Now they’ve become common enough to be included in personal laptops and smartphones. Time moves fast, indeed. Who knows, in a decade we might really get that flying car.

In 1990, there was this little movie called “Dick Tracy” (starring Al Pacino and Madonna, of all people). The titular character, a veritable Sherlock Holmes but with muscles, is a police detective who wears this really cool wristwatch communicator that helps him locate bad guys. Sound familiar? The watch first appeared in the character’s comic strip in 1946. Fast forward almost 70 years, and we have “smartwatches” like the Apple Watch and Nokia 3310. These watches can actually do more than the original fantasy concept, like play music and snap photos.

The iconic James Bond movie, “Thunderball,” is fondly remembered for its underwater fight scenes (and topless Sean Connery). In one scene, the world’s most famous spy, cruises couple of feet underwater in a jet ski. It didn’t take that long for underwater jetpacks to become a reality. In 2009, a German entrepreneur invented one using high-pressured water jets to create forward movement. More recently, Europe has been overtaken by the “subwing,” a device thrill-seekers can hold onto while getting dragged underwater behind a speedboat. Talk about sci-fi fun.

Who can forget that scene in 1990’s “Total Recall” when the Governator jumps into a “podcar” driven by a robot? Scientists don’t care much for robot chauffeurs nowadays, but they have invented autonomous cars. Well, sort of. Google famously has their self-driving car project, which has yet to become commercial. However, robot cars are not entirely confined to the labs of MIT either. In Abu Dhabi, during the next six months, robots will park people’s cars using “Automated Guided Vehicles.” The technology is similar to the machinery used in factories to transport heavy items. The rest of the world might soon catch up and we’ll have robot parking everywhere.

Also, scientists are actually in the works to develop invisibility cloaks, automated exoskeletons and even self-lacing shoes like the ones Marty McFly has in Back to the Future. Who says fantasy can’t meet reality with these sci fi movie gadgets? But until then, build your lightsaber and continue to live out your sci fi fantasy.