3D Holographic Video coming to a TV near you 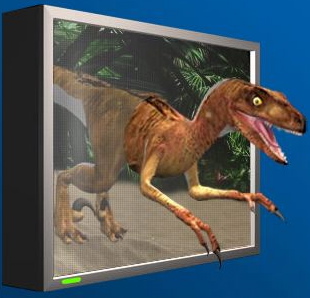 A technology that scientists didn’t expect to pop-up for a decade or so is showing its face early. SeeReal Technologies is working on developing a 3D holographic display technique which wouldn’t require any funny-looking glasses to watch.

Holographic display reconstructs a “scaled-down” natural scene. So it can look as a theatrical stage or a country-side landscape merging with the horizon. SeeReal technology addresses this by replicating the depth of the original image. So if it has corners viewers can look around them, as well as sections that lie one behind the other. All impressions of depth and 3D are replicated in the image you see.

SeeReal has already filed over 100 patents for the technology. When asked when the technology will be available, they answered “…when this technology actually hits mass consumer markets will depend to a certain extent on partnerships, but the components needed can already be mass produced and assembled at reasonable cost. To all intents and purposes, commercial products could be made available in a fairly short time.” — Andrew Dobrow