11 Dismembered Feet Have Washed Up in Vancouver 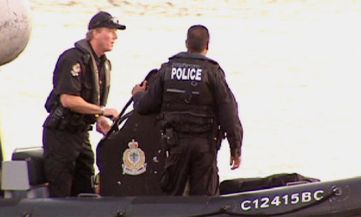 In a bit of really weird news, it was revealed that 11 feet (in total) have washed up in Vancouver, British Columbia over the past four years. This story was highlighted since two feet have washed up in the past week, which brought the total to 11.

A foot found in August 2007 was matched to a missing man, but the family didn’t want further details released.

The weirdness surrounding this “coincidence” is interesting. Why are the feet only found in running shoes? Why only the feet — where is the rest of the body? Why are all of these feet washing up in a concentrated area?

Some people have speculated that since running shoes are made of buoyant foam material, they float to the area in Vancouver where the discoveries are being made.

Either way, this story is totally weird.