If you are a gamer looking for a suitable emulator for PUBG mobile? Then look no further, we have curated a list of the best Emulators for PUBG Mobile. We have not just one option for you but at least 11 options to chose from.

What is a PUBG Mobile Emulator?

For the new gamers let’s discuss what emulators are and how they work, the software is designed to run on specific operating systems in this case PUBG is a mobile game specifically designed to run on smartphones, this is where an emulator comes in. To run PUBG on your Mac or your Windows PC you will need an emulator.

Games are designed for certain devices such as Nintendo or Xbox and these devices have consoles.

In the last few years, we’ve had a lot of options for emulators, but finding the best one can be difficult.

This is one of the most popular emulators known for PUBG, mostly because this emulator is brought to you by the parent company of PUBG. Their company believed that launching an emulator would give the gamers better domination over the game. The Emulator is called Tencent Gaming buddy/Game Loop. The version of this game that is available on PC is paid, hence making it difficult for gamers. The mobile players weren’t able to engage with the PC gamers. There was also a fear of competitors intervening and developing their emulators for this game. Tencent played its cards right at the right time and now Gaming Buddy is used by at least 35 million gamers. The total number of gamers who play PUBG is 40 million so you can see the growth and effectiveness of Gaming Buddy.

It has specific requirements for a better visual experience but you can lower the resolution and run it on lower requirements as well.

How to install Tencent Gaming Buddy?

The easy and hassle-free download is also one of the perks for Tencent gaming buddies, you just have to visit the official host and download the Tencent gaming button. In a few minutes, the download will be done. You will then select PUBG on the window pop up and that will commence the installation.

Now you are ready to play the game, enjoy.

Another giant in the world of gaming, most gamers know about it. It has about 1 million games on its website as of now. It is also used for other games. It doesn’t just stop there it also provides the right match of graphics, processing, and power for users. It is undoubtedly one of the best websites for PUBG emulators for mobile phones. The new versions available on it are at least 8 times faster than the previous ones. It runs perfectly on newer PCs. When compared to gaming buddy, Bluestack seems to have an upper hand as it supports multiple games whereas gaming buddy only supports PUBG. There are also no ads in the paid version of Bluestack 4.

How to install Bluestack 4?

This is brought to gamers by Jide software company, they specify in android emulators for PC. The best part is that it’s free and it doesn’t stress the PC as much so some obstacles for gamers are already removed. It also runs amazingly on low-end PCs. It is also portable, i.e you can put it in your pen drive and take it with you wherever you go. You can also retrieve all the data that you had on your previous PC. The father of Remix OS Player is an open-source project with the name Android-x86, which lets the PC run android apps.

How to install Remix OS Player?

This is a special type of emulator and all the credit for that goes to its brilliant interface, it is also preferred more on PC than on an android device. The transfer of apps from mobile to this emulator is quite simply done, syncing is also done pretty easily. You can also use it for Mac. Syncing also gives the benefit of safety for the progress and files. One of the coolest features Andy has is that it lets you use your phone as a joystick while you play the game on the screen of your PC. It enables you to access other social media apps on your PC like Snapchat or Whatsapp.

How to install Andy?

LD player is one of the coolest emulators for a PC but is usually neglected since it’s quite new in the gaming world. The graphics are top-notch which makes the experience of gaming incredible. It does have similarities to the Nox Player which we will discuss later, but one of its distinguishing features is that you can take a screenshot and screen record your gaming experience. You can also run different games at once.

How to install LD Player?

First, you will have to find and download the XAPK or APK file. Once it’s done, open it and permit it to continue the further needed downloading. check the files you want and once that’s done LD will automatically launch itself and then you can go to the app store and download PUBG or whichever game you want to play.

Also a great emulator option, it doesn’t lag at all and you can either download it or access it directly from the Google play store, It runs on both IOS as well as Windows. In this as well you can play numerous games at once.

How to install Nox Player?

MEmu is an amazing emulator for PUBG for players who want to play the game on PC. The display is awesome and so is the control over the gameplay. Options of virtualization of one’s PC are available.

How to install MEmu Player?

You have to download the Memu player and then install its player, open the player and create an account after which you just open google play store and download PUBG.

This one is a great emulator for PUBG mobile as it doesn’t lag, it’s free of cost, and it’s very smooth on mid-range computers as well. The controls are quite easy to use so gamers find KO Plater very accessible.

How to install KO Player?

This option is as good as they come. It’s not limited to PUBG. It is also free from all the stuttering.

How to install Apowersoft Android Recorder?

This is available for IOS/MAC users as well. GeForce however is not an emulator though it’s a cloud-based service that lets you access different games.

How to install Nvidia GeForce Now?

Go to their official website and download GeForce now, choose the version that suits your needs. You will have to pay a bit once that is done you are all set.

A great emulator service, this is a very promising website and it is also one of the oldest. It offers fewer features than Bluestacks 4 but for low-end PCs, it’s still a very viable option.

How to install BlueStacks?

Yes, they are incredibly safe as long as you pick the websites that are already vetted.

How to Run Pubg on a Low-end pc?

There are some options mentioned in this article, they will work but you have to see which one of the options suit your needs the best.

Is the PUBG emulator legal?

Yes they are legal

Which Emulator is best for PUBG Mobile for low-end PC?

All the options are available in the article

Now that you have a piece of abundant information about emulators, you are all set to make your pick for suits your PC needs the best. Make sure to settle for something that matches your PC’s requirements. Have fun. 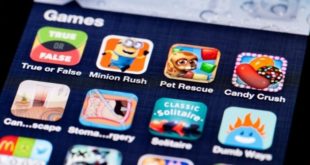 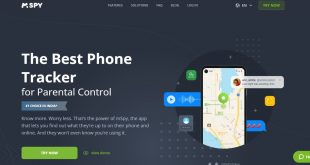