1-in-5 Brits Think Lightsabers Are a Thing That Exists 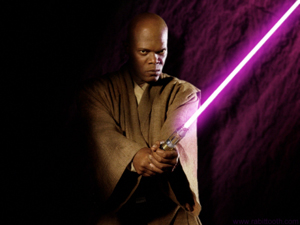 Sometimes movies can have a strange influence on our culture, occasionally to the point where things we see in movies start to be believed to be true by other people. Birmingham Science City decided to see what all was believed by individuals, I assume for little more than giggles. Their findings were most surprising… or not, depending on how cynical you are.

So, what did the team find?

Full disclosure: Until I was about 12 I thought hover boards were real as well. Thanks a lot, Back to the Future, Part II.

Their study also shows the opposite side of the issue, stating that more than 3/4ths of people polled thought that “invisibility cloaks” were works of fiction when in fact a team at the University of Birmingham has developed such tech. Oh, and remember that China has developed the early prototype of a possible cloaking device for aircraft, so…

It doesn’t particularly surprise me that such things are true. After all, when you’re a child and you view something, those impressions can stay with you well into adulthood. Still, it makes you wonder what other works of fiction people believe to be real. Who knows, maybe the discovery that they aren’t will drive somebody of moderate intelligence who is good with tools to actually invent one of these fabled technologies.

One can hope, right?

*That seems like a tricky question. I mean, you kind of do see gravity when you drop something. Yet, you don’t really see squiggly lines or anything of that nature so…