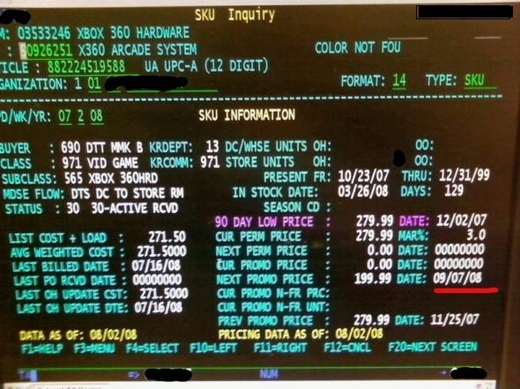 That’s right, this SKU lookup clearly shows a price change from the old $279.99 price to $199.99 for the Xbox 360 Arcade. Damn, a 360 is almost as cheap as a Nintendo DS. Amazing.  Remember kids, the Xbox 360 Arcade won’t come with a hard drive, so gaming online is a no-go unless you shell out an extra $100 dollars or so to get one. That’s the catch. For a price that cheap, gamers everywhere are going to experimentally cooking their home consoles.