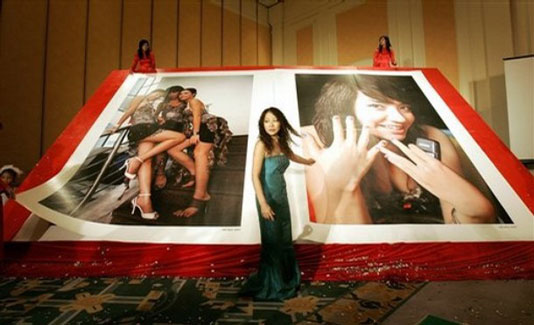 Since the people of Japan aren’t known for being the largest breed of humans, they sometimes have to compensate for their stature in other ways. Whether it be owning and expensive car, creating super strong robots, or designing the World’s Largest Photo Album.

Japanese photographer Hitomi Toyama designed this 4m x 3m, 1000 kg photo album, titled “Women Of Vietnam”, which has secured a spot in the Guinness Book Of Records as the largest photo album ever. The album displays 53 photos of women, some baring some magnificent cleavage. The other photos don’t matter as much. — Andrew Dobrow