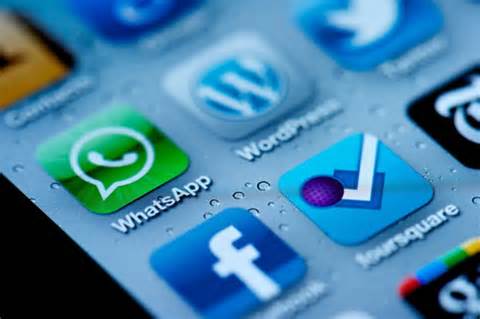 A new analyst report by Informa suggests that mobile chat applications, such as WhatsApp and Talk+, have overtaken SMS messages as the number one form of communicating through mobile phones.

In 2012, nearly 19 million texts were sent through text applications while 17.6 text messages were sent using the phone’s telecom company’s SMS infrastructure. So people like to talk. Clearly. But why are we leaning towards third-party chat applications?

The predominate answer is money. People just can’t afford to pay their damn bill anymore. Electric comes first. Applications such as WhatsApp allow you to send message via WiFi, which means none of your Verizons or T-Mobiles are necessary as long as you have a wireless internet connection. Who, in their right mind, wouldn’t make the switch, saving themselves $100/month in the process. Especially when aesthetics and user experience doesn’t have to suffer as a consequence.

In fact, that brings us  to reason number two. Some people just plain prefer the design and customizable features that third-party apps provide. Apps such as GO SMS provide an unmatched opportunity to customize your experience, even allowing users to create their own themes.

Several major tele-companies have even incorporated WiFi calling and messaging into their service, allowing customers to send messages and make calls with their contracted phone numbers, over a WiFi connection, conserving minutes and data charges.

While the numbers show that SMS messaging is still not on its deathbed, mobile communication is slowly, but surely, angling its way towards the tune of freedom and free prices. It would benefit the major  telecom giants to start planning now for a freemium future.