Wheelchair Moves On The Power Of Thought 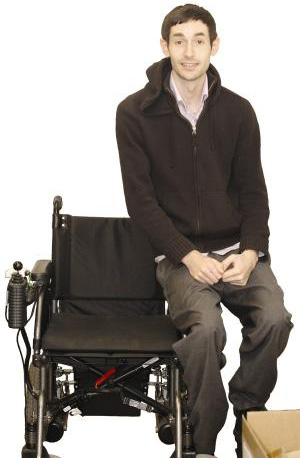 A US company named Ambient has developed a motorized wheelchair that moves when the operator thinks of specific words. The system works thanks to Audeo, a larynx control system that intercepts signals that are sent from the brain to the voice box. The signals are then relayed to a computer where they are decoded and matched to a set of pre-recorded words that are used to direct the motion of the chair.

Naturally, this sort of technology would be extremely useful for severely impaired individuals that may not be able to produce coherent speech, although the researchers say that Audeo could also be sent to a synthesizer which would allow a person to speak out loud in (almost) real time. Compare that to current methods, like those used by Stephen Hawking, where speech has to be pre-written (an extremely slow and time consuming process.) Check out the link to see a video demonstration of the chair in action — Sean Fallon