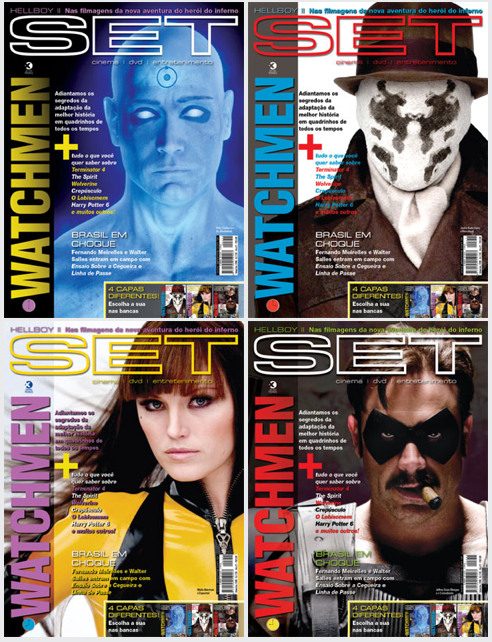 Despite the ongoing legal battle between 20th Century FOX and Warner Bros. over Watchmen rights, Warner is still flinging press material left and right. Found in some Brazillian publication called SET, there’s four new close-ups of characters from the movie. Rorschach, Dr. Manhattan, The Comedian and the chick who’s fucking Night Owl (sorry, I just finished reading it and already forget half the book) all make an appearance that really gets me hyped for the 2009 release of the movie.