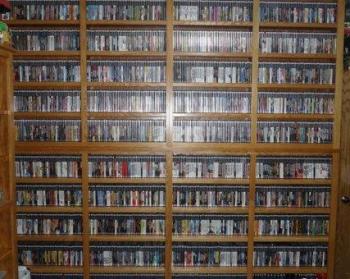 Many gamers end up with a “collection” of their favorite games from past generations. Well, Ahan76 has taken game collecting to an entirely new level. He now owns every single NTSC Playstation 2 game ever released — over 1850 titles. The best part? All of his games are still sealed, black label, first-edition releases.

Game collecting is a lucrative hobby, especially since many older games can increase in value over time. Since PS2 games are still being released (Atlus, we’re looking at you), Ahan76 will probably have a bit more work if he wants a “complete” collection.

Collecting 1850 games took Ahan76 around four years, though he didn’t comment on how much money he spent. Considering that he admitted to spending upwards of $300 for some of his games, we’re guessing it wasn’t cheap.