The Unveiling Of The Nike+ FuelBand SE!

If you have been waiting for the next big thing in terms of exercise monitoring then Nike has what you’re looking for with the Nike+ FuelBand SE. 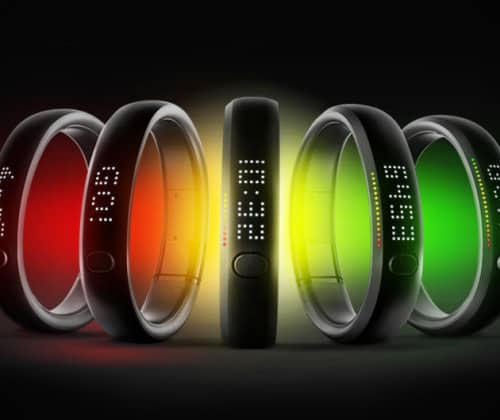 The Nike+ FuelBand SE brings a few additional touches to the original Nike+ Fuelband. The new model may look a lot like the old one but this time rather than being all black, the new models have pink, orange and yellow accents. The new system is designed to better track “fuel” throughout the day after some fine tuning to help the device to more accurately recognize movement.

The new Fuelband is designed to overlook simple movements (for example moving just the wrist) as well as to be more flexible and have better weather sealing. The SE system also provides hourly reminders to move, Bluetooth 4.0 and a double-tap function for the home button that brings up the time.

It’s not just the Fuelband itself that’s been tweaked however, the app that goes along with it has also been tweaked. The iOS app allows for better monitoring of activity as well as allowing for users to share their information via social networking.

The new Nike+ FuelBand SE will be made available as of November 6 and will set users back around $149.