How Not to Respond to Public Criticism

If you have been hiding under a rock for the past few weeks then this story will be news to you. If you have read this story already though, you will know exactly what we’re talking about and you’ll be preparing to cover your eyes right about…now.

If you’re a fan of Gordon Ramsey and Kitchen Nightmares then you will know that Gordon doesn’t just walk out of the restaurants he tackles on the show. At least, he never had before, until he took on Amy’s Baking Company.

Ramsey’s criticism and the owner’s unwillingness to adjust became such a source of contention that Ramsey walked out. Ramsey’s negative criticism wasn’t the first the baking company had received but apparently the publicity of it was too much for the bakery’s owners.

In an attempt to respond to negative comments that rained down after the airing of the Amy’s Baking Company episode of Kitchen Nightmares, the owners took to social networking.

Take a look at just some of the responses that were posted on the Amy’s Baking Company social media networks: 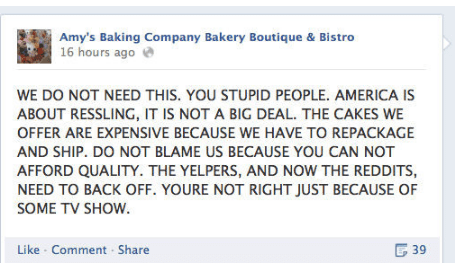 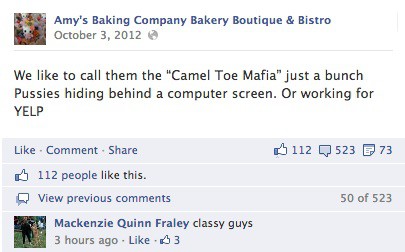 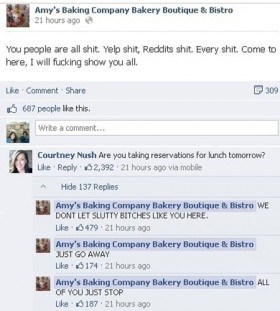