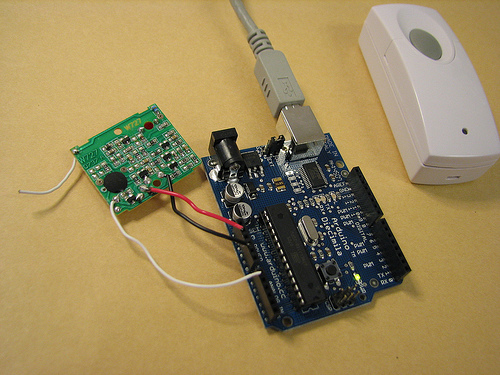 Twitter users take note: you can now tweet to ring a doorbell. While I’m not a Twitter user or fan of the service, I can appreciate how useful of a hack this is for people who can’t knock because their hands are full or something of the sort. The project is built around an Arduino, which is another why it’s so awesome. It’s a really easy project and even an Arduino novice could whip it up in an hour.

Of course, if anyone can tweet your doorbell you’re going to be in for a rough week.