Toyota has plans to release an advanced anti-collision system to consumers in 2015, the release will begin in Japan with expansion to follow. 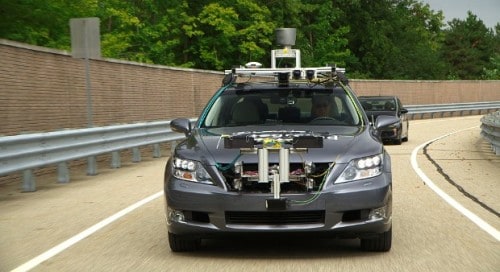 The advanced anti-collision system utilizes sensors that not only monitor for other cars but also for any other dangers including pedestrians and animals. When the system spots something in the way it will put on the brakes to ensure that there is no collision. The system doesn’t take the front seat however, it gives the driver a chance to react to the obstacle by presenting a visual cue and signaling an alarm before taking matters in to its own hands.

Toyota also hopes that by 2020 they will have an Automated Highway Driving Assistant released which will act as a self driving platform. The platform utilizes cooperative-adaptive cruise control and lane trace control. The first of these is a feature responsible for “talking” to other vehicles in the road to make sure that cars stay a safe distance from the vehicle. The lane trace control uses millimeter wave radar and high resolution cameras that are responsible for keeping the vehicle in its own lane.

The aim of the game here is to improve overall safety rather than replace human drivers…at least that’s the plan.