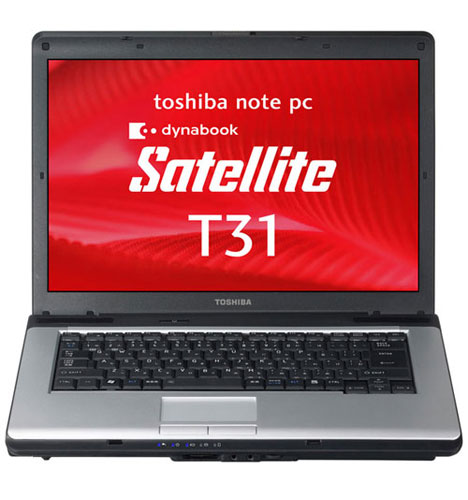 In an announcement made to calm anxious business men and XP fans alike, Toshiba has announced that they will be shipping their Satellite T31 notebook with both XP and Vista included in the box. While most of you will only install one of these OS’s, we assume that installing both on partitions is possible.

The T31 will ship in two core packages, one including a 1.86GHz Celeron M system with 512MB of memory, an 80GB hard drive, and a DVD/CD-RW combo drive for the  US equivalent of $1,565, with an upgraded package shipping with a faster 2GHz Core 2 Duo processor and a newer mainboard platform, which will ship for around $1,850. It’s cool that they will be offering both XP and Vista, but I’m still waiting on the day for a fully compatible Mac-Windows computer, with full DirectX compatibility. — Andrew Dobrow