Top 5 Things to Do in Germany 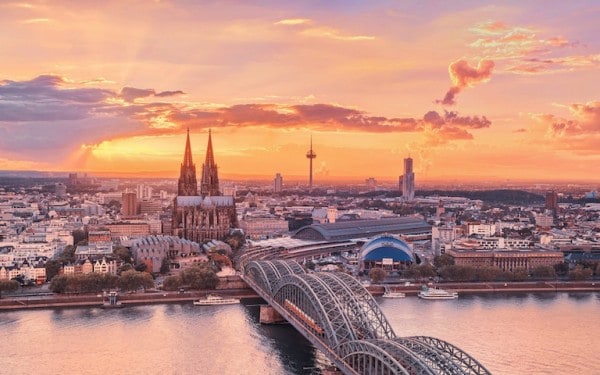 Although the country is less known and understood by strangers compared to other European states, Germany has begun to enjoy popularity as a tourist destination. The most sought city in Germany is Berlin, the capital, but Stuttgart also benefits from plenty of attention from travelers. Many of the most important cities in Germany boast a rich history of settlements, these being renowned for their independence and large capacity. But the tourist attractions in Germany are not limited to cities and can be found in every corner of this country. Here are the most important of them:

Rügen Cliffs can be found in Jasmund National Park, which is located in the north-east of the island Rügen. Being subject to constant erosion, the cliff rises above the Baltic Sea and still looks great. Königsstuhl (King’s chair), 118 meters high, features the most impressive section of rocks. The forests behind them are also part of the national park.

What could be more romantic than a dinner cruise with your date on the Rhine?

Romantic Rhine is the most famous section of the Rhine River, located between Koblenz and Bingen. Rhine is croieste way through steep hills covered by vineyards, castles and ruins invaded. The river was an important trade route in Central Europe since ancient times and a small group of developed cities on its banks. By their size, these settlements still retains historic atmosphere of times long gone.

Located in the city of Dresden Frauenkirche (Church of Our Lady) is a Lutheran church that was completely destroyed during the Second World War. It was rebuilt based on original plans from 1720 and reopened in 2005. The city of Coventry, which was faced with Luftwaffe raids, donated the golden cross on the church dome. Since its reopening, the Frauenkirche is visited by many tourists, and in 2009, here came even US President Barack Obama.

The historic town of Lindau is the meeting point of the borders of the Austrian, German and Swiss, on the east side of Lake Constance (Bodensee). The city is connected with land by a bridge and the railroad has around 3000 inhabitants. Full of medieval buildings and half-timbered, Lindau is a popular tourist attraction.

Oktoberfest, which is held in Munich, is the largest festival in the world with over 6 million visitors annually. Despite its name, Oktoberfest begins in late September and lasts until the first weekend in October. Important part of Bavarian culture, the festival is held here since 1810. Visitors can participate in the traditional fairs such as Hendl, Schweinebraten, Würstl, Knödel and sip large quantities of German beer.