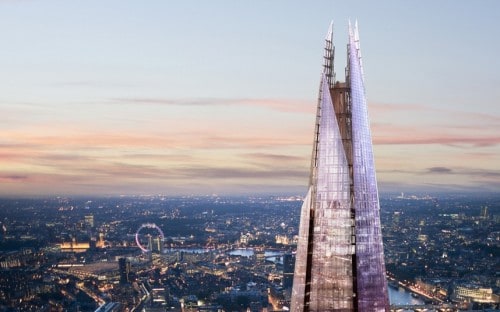 Britain certainly has its fair share of impressive buildings. From medieval halls to modern skyscrapers, the country contains some of the world’s most well known and best loved constructions.

Keeping these structures in tiptop condition is not easy, but thanks to skilled building and repair firms, the landmarks look just as impressive now as ever. Here are just some of the nation’s most iconic constructions.

More commonly referred to as the Houses of Parliament, the Palace of Westminster dates back to 1042, when it was a royal residence. The famous Westminster Hall was constructed between 1087 and 1100, and it’s one of the biggest medieval halls in the whole of Europe. Following fires in the 16th and 19th centuries, all that remains of the original structure is this hall and the Jewel Tower. The mock Gothic building that is now so familiar was designed by 19th century architect Sir Charles Barry.

A Grade I listed building, and part of a UNESCO World Heritage Site, the Palace of Westminster contains around 1,100 rooms, 4.8km of passageways and 100 staircases. It also includes Big Ben, which is the largest clock face in the UK.

It may not be quite as large as its French counterpart, but the Blackpool Tower in the north-west of England is based on Paris’ Eiffel Tower. Built between 1891 and 1894, this 518-foot construction was designed by local architects James Maxwell and Charles Tuke and it contains more than five million bricks, 2,493 tons of steel and 93 tons of cast iron.

Grade I listed, it attracts around 650,000 visitors each year, making it one of the most popular tourist attractions in the country. On a clear day, it’s possible to see North Wales, the Isle of Man and the Lake District from the top of the tower.

The official residence of the Queen, Buckingham Palace is another tourist magnet. Originally Buckingham House, it was transformed into a palace in the 1820s by the architect John Nash and it was first used as an official monarch’s residence by Queen Victoria. Measuring 108 metres in length, this magnificent building has a regal feel to match its title. Its top floor alone covers 77,000 square metres.

The palace’s striking white stone facade was added in 1913 to replace the original soft French stone, which had decayed. Meanwhile, its balcony is one of the most well known around the world. Since the reign of King George VI, the royals have appeared on it for the RAF fly-past that takes place at the end of the Trooping the Colour ceremony on the sovereign’s birthday.

Of course, it’s not only old buildings that capture the public’s imagination. One contemporary construction that has made waves since it appeared is the Shard. Measuring a dizzying 309 metres in height, it is the tallest building in Europe. Completed in 2012, it contains 11,000 glass panels, 44 lifts and 306 flights of stairs. Meanwhile, the area of its angular glass facade is equivalent to eight football pitches.

Those with a head for heights can travel to the public observation galleries, which reach right up to the 72nd floor.