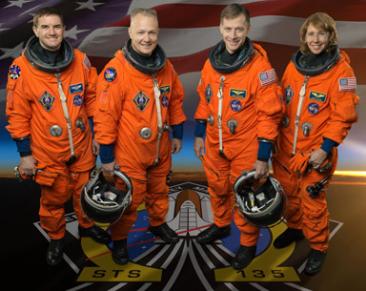 While July 2011 is a wonderful month for many reasons (Cowboys and Aliens, anyone?), it’s a melancholy time for the crew of NASA’s final shuttle mission.

The four-man team is scheduled to leave for their 12 day mission — STS-135 — on July 8th (though, as we know, launch times nearly always change). They’ll be leaving on the Space Shuttle Atlantis, which has already made seven trips to the Russian space station — as well as many resupply missions for the International Space Station.

Right now, the future of NASA’s space shuttle mission is a bit unclear. While NASA has reassured the public that they won’t be shutting down operations, naming this mission their “last space shuttle mission” has a lot of people worried about NASA’s future in space exploration.