Therapeutic ringtones for the neurotic 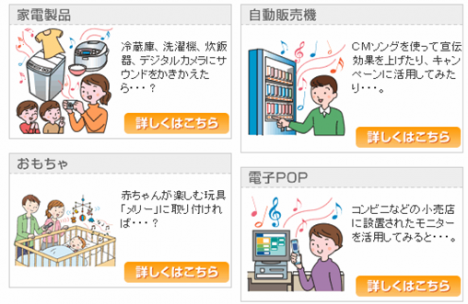 muPass is not a company that’s new to the tech media. They have been covered for their interesting service of sending ringtones from your mobile to other devices such as alarm clocks, baby mobiles, and cookers. But now they have something up their sleeves that may pose a more productive use. In conjunction with the Japanese Ringing Tone Laboratory, which is a real institution despite the crazy name, are releasing new muPass ringtones specially made to be soothing rather then the classic shrill cell phone sound.

Starting tomorrow, customers will be able to download ringtones titled “dolphin therapy”, “stop the baby from crying”, and “wake up feeling great”, which are supposedly all scientifically proven to do what they are labeled to do. In March, a few more will be released, titled “get motivated” and “supress anger”. We want them to create a ringtone which will stop the flood of Britney Spears stories everywhere we turn. It’s just hair!!! — Andrew Dobrow