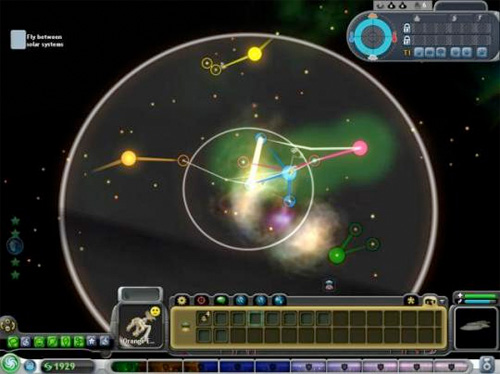 Let’s say, hypothetically, that last Friday I got my hands on a copy of Spore before it came out. You could say I spent all day Sunday testing it out and playing it too. Let me give you my hypothetical impression of it as to not implicate myself entirely.

Spore is a fantastic game. Not since I first played World of Warcraft has a game really taken me aside and into another world. You play through five different stages, each of which is like a mini-game inside a game. Right now, I’m on the final part of the game, Space. You get to colonize planets, make money through trade and diplomatic relations, fight other galaxies and empires and so much more. The thing is, however, that one gets very sick of having to constantly fly to your home planet every five minutes. Whether you’re under attack or turning in a mission, the need to constantly visit is something that detracts from the fun of the game.

If you’ve played other Will Wright games or an MMO, you’ll love Spore. I wasn’t able to fully test the Internet-related aspect of the game where other players’ creations are injected into your world, but that’s fine. Make no mistake about it: this is not an MMO. It’s single-player with MMO-injections here and there. Kind of like crank but safer for the body. I suggest you pick up a copy this week and give Spore a try. It certainly does not disappoint.