The Leaks of the House of Usher 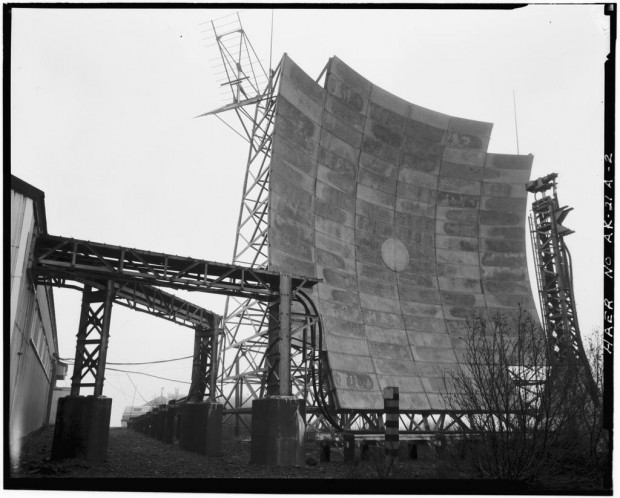 Novelist Bruce Sterling begins his rich, ruminative consideration of Wikileaks, posted from the site of New-Zealand-based Internet-practices group Webstock, by observing that we’ve had darknets of leak-poking hackery since the start of the Cold War—only those, typified by the National Security Administration, or NSA, were officially sanctioned. It’s a circumstance corrosive to civil society, to which by some depressing mechanism we’ve grown accustomed:

One minute’s thought would reveal that a vast, opaque electronic spy outfit like the National Security Agency is exceedingly dangerous to democracy. Really, it is. The NSA clearly violates all kinds of elementary principles of constitutional design. The NSA is the very antithesis of transparency, and accountability, and free elections, and free expression, and separation of powers — in other words, the NSA is a kind of giant, grown-up, anti-Wikileaks. And it always has been. And we’re used to that. We pay no mind.

From the mortal imperatives of the Second World War, a cottage secrecy industry emerged within the shadowy cordons of governmental authority. Secrets became the bricks and mortar of not only the now-quaint “military-industrial complex,” but the whole humdrum bureaucracy of governmental authority. But the secrecy sweat-shops of old never quite reckoned with the way something like an Internet works:

Unfortunately for the US State Department, they clearly shouldn’t have been messing with computers, either. In setting up their SIPRnet, they were trying to grab the advantages of rapid, silo-free, networked communication while preserving the hierarchical proprieties of official confidentiality. That’s the real issue, that’s the big modern problem; national governments and global computer networks don’t mix any more. It’s like trying to eat a very private birthday cake while also distributing it. That scheme is just not working. And that failure has a face now, and that’s Julian Assange….

Julian Assange’s extremely weird version of dissident “living in truth” doesn’t bear much relationship to the way that public life has ever been arranged. It does, however, align very closely to what we’ve done to ourselves by inventing and spreading the Internet. If the Internet was walking around in public, it would look and act a lot like Julian Assange. The Internet is about his age, and it doesn’t have any more care for the delicacies of profit, propriety and hierarchy than he does.

There is a certain sad grandeur to this moment, a dynastic melancholy—

The cables that Assange leaked have, to date, generally revealed rather eloquent, linguistically gifted American functionaries with a keen sensitivity to the feelings of aliens. So it’s no wonder they were of dwindling relevance and their political masters paid no attention to their counsels. You don’t have to be a citizen of this wracked and threadbare superpower — (you might, for instance, be from New Zealand) — in order to sense the pervasive melancholy of an empire in decline. There’s a House of Usher feeling there. Too many prematurely buried bodies…..

It’s the damage to the institutions that is spooky and disheartening; after the Lewinsky eruption, every American politician lives in permanent terror of a sex-outing. That’s “transparency,” too; it’s the kind of ghastly sex-transparency that Julian himself is stuck crotch-deep in. The politics of personal destruction hasn’t made the Americans into a frank and erotically cheerful people. On the contrary, the US today is like some creepy house of incest divided against itself in a civil cold war. “Transparency” can have nasty aspects; obvious, yet denied; spoken, but spoken in whispers. Very Edgar Allen Poe.

There’s much more in Sterling’s complete piece—the strange plight of Bradley Manning, the tragicomedy of diplomacy, the Wikileaks worldview—and with his subtle nose for sheer situational insanity, Sterling gets to the heart of the matter. But while I’m persuaded that the new-new world order will be as fucked in its several ways as the old-new one was, I don’t share Sterling’s sympathy for the institutions imperiled. Whose lives are they making happier—to the perfection of which societies have they contributed? I’m not convinced that they do much even to safeguard the space in which the happy-cum-desperate carnival of American life takes place. Whatever once-unalloyed metal of national honor they once served seems now iredeemably lost in a seething cauldron of wonkish, institutional vanity. The world of Wikileaks is a dark and dangerous place; its shadows and ambiguities are legion. And as Sterling’s notes limn, it was so long before Julian Assange took his turn in its garish light.