The Kindle Tablet Has a Name — The “Kindle Fire” 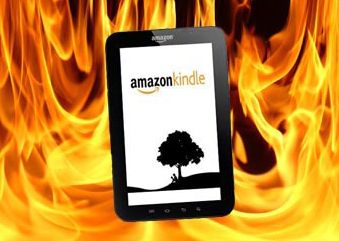 Amazon’s mysterious tablet PC is no longer nameless. In a few week, you’ll be able to get your eager hands on the “Kindle Fire”.

This name was chosen to help people differentiate between Amazon’s e-ink reading devices and their upcoming tablet PC.

The ship date for the Kindle Fire is currently sometime in the second week of November, but this could (of course) change.

Even though Amazon’s conference isn’t until Wednesday, it seems that most details about the Kindle Fire have already been released (or confirmed). The tablet will still have a 7″ backlit display screen, and is going to be designed and built by the same manufacturer as the BlackBerry PlayBook.

I wonder how the “Kindle Fire” will do this holiday season? Or, if Apple’s next-generation iPad will ramp up the competition? Rumors, rumors.