The Greatest HP Touchpad that Will Never Be 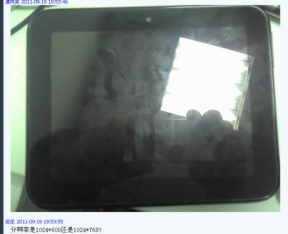 After the insanity surrounding the $99 firesale of HP’s Touchpad stock following their decision to halt tablet manufacturing, we’re able to catch an interesting glimpse of what might have been. A forum poster has claimed to have possession of the “HP Touchpad Go”, a tablet which will now never see the light of retail shelves.

The leaked photos look legitimate, and match the FCC filing for the HP Touchpad Go. This now-extinct piece of hardware would have had a 1.5Ghz processor, a noticeable upgrade from the HP Touchpad’s 1.2Ghz processor. It also would have (had?) a NFC module – which, for the uninitiated, is a type of communication that would essentially allow you to use your Touchpad as a mobile payment system (like a credit card).

Anyway, this info isn’t exactly relevant anymore, since the HP Touchpad Go will never be produced. Either way, it’s still interesting to see what HP had planned for the Touchpad’s now-defunct future.