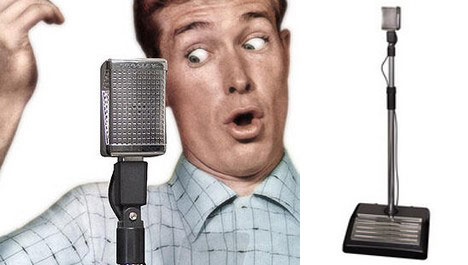 Family night in my home usually meant a pizza dinner and a board game, but I’m sure other families would have more extravagant festivities, which possibly included nudity and chanting to Satan. While my family was never much for rituals, it would have been nice to have something like the Talent Show Kit.

It’s a karaoke machine, a mic, and an amplifier all built into one mic stand-esque gadget. A removable mic allows the performer some roaming space as they croon to the moon like a werewolf. Or at least that’s what it probably sounds like. Just hand them a fake and cheer when they stop moving. They’ll never know the difference. Get yours for $80. — Andrew Dobrow