Surf At 35MPH With The Gas Powered Surfboard!

Are you a surf lover who lives too far from the ocean to make it out on the waves as often as you would like? Well Jetsurf has something in mind for you! The gas powered surfboard! 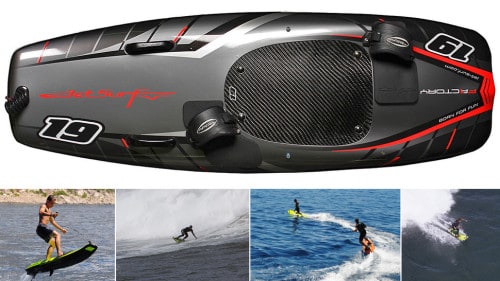 The Jetsurf gas powered surfboard can take you surfing on waveless lakes thanks to the 100cc gas powered engine bult in to the board itself! The engine can propel the board at speeds up to 35MPH, although it does make the board a little heavier than one might expect with each one weighing in at approximately 30lbs! No worries though, these boards still float and being made from Kevlar and carbon fiber they are strong enough to withstand the extra weight they’re carrying.

Just how much does this new surf option cost? A single Jetsurf gas powered board will set you back around $16,000 but for a surfer itching to get out on the water it might just be worth it!Via: JetSurf