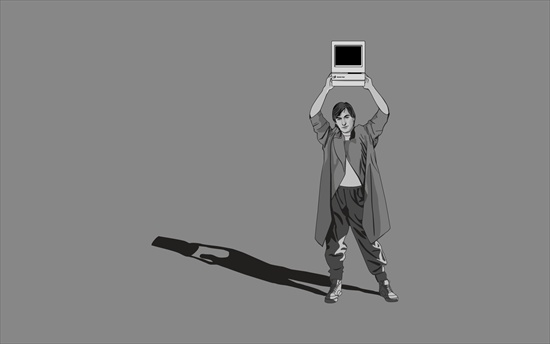 John Cusack is perhaps best known for his role in the film “Say Anything.” More specifically, the iconic scene where Cusack holds up a blaring boombox over his head for his desired lover. What if director Cameron Crowe had taken a slightly geekier route to his destination?

This organic t-shirt illustrates what “Say Anything” might have looked like had Crowe been really into Apple rather than hellbent on making Cusack into every 80s chick’s wet dream. Steve Jobs, what a dreamboat. 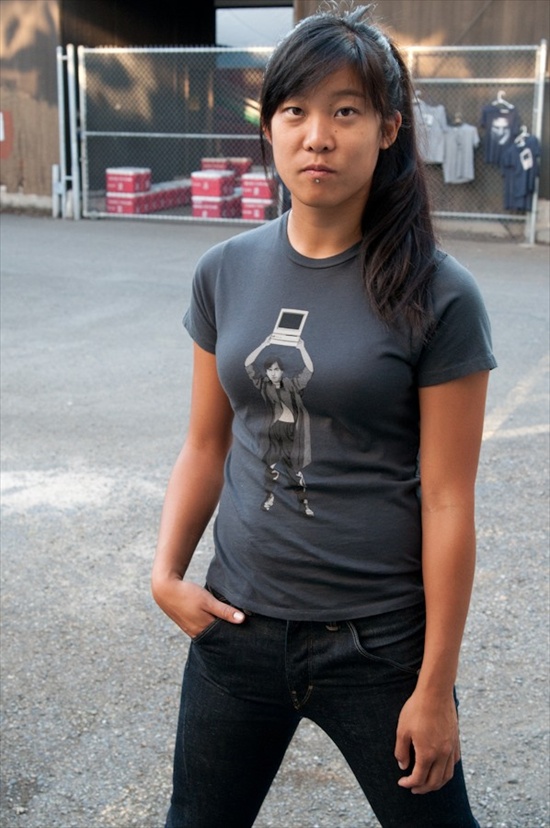