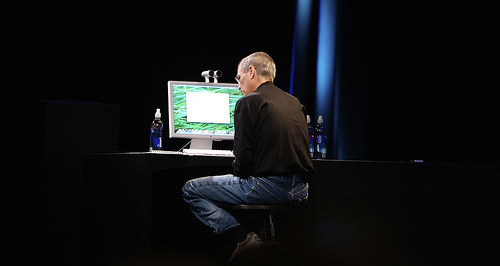 Apple officially announced today that Steve Jobs has returned to Apple as its CEO. As you probably know, Jobs has been out of commission since January due to poor health. Most people speculated his cancer had returned but Jobs dismissed that as a mere rumor, stating that he had some kind of “hormonal imbalance.”

I’m glad Jobs is back. Now I won’t have to deal with certain sites looking like this.