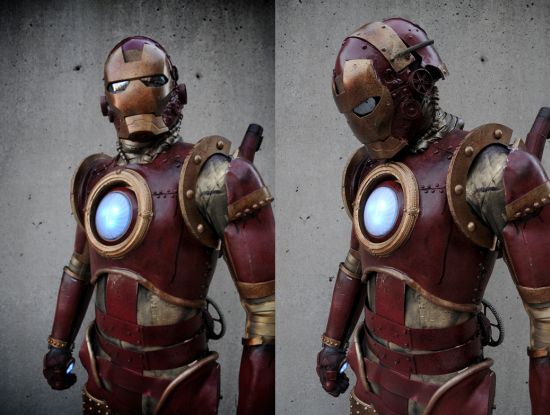 This Steampunk Iron Man Costume has me in a dilemma. My first thought when I saw this was that I would love to see Steampunk Iron Man take on Sherlock Holmes in a good old fashion fight to the death. I don’t know why. Maybe it’s the underlying Victorian style of both characters. But then I realized this dream would never come to fruition, at least without the technology to instantly clone Robert Downey Jr.

That being said, this aged bronze-like costume destroyed the competition at the Marvel Costume Contest held at New York Comic Con 2010. But is that really a surprise? Just look at it. Really. Take a good look at it and try to tell me you’re not aroused.