This weekend at Disney the force will be strong. That is to say that this weekend marks the beginning of Star Wars Weekends! 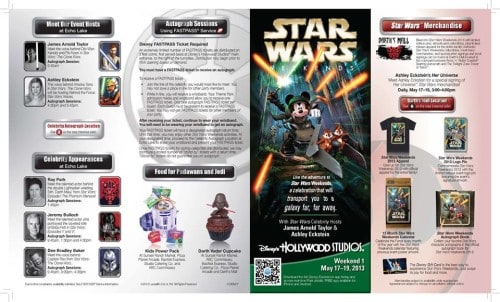 Star Wars weekends at Disney are always a huge event not only because of the release of exclusive Disney / Star Wars memorabilia but also because they’re all about the force! From the food to the encounters to…well, just about everything, you will be inundated with Star Wars geeky goodness!

To kick off the first weekend in the Star Wars Weekends (the event runs from May 17 to Jun 9) Disney’s Hollywood Studios has plenty going on. 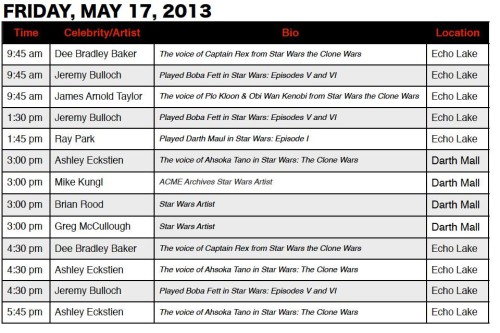 Looking for a map of the Star Wars Weekend event this weekend? We have it! 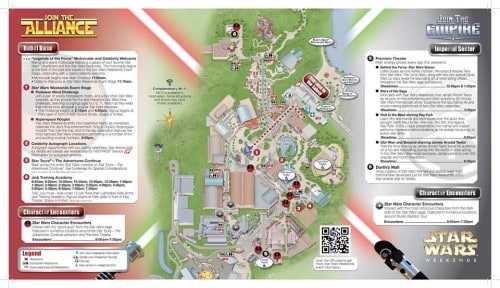 So if you’re looking for character encounters, theater experiences, on stage events and memorabilia then you’re really going to have a ball this weekend at Hollywood Studios.

What are we most looking forward to? Well next to meeting Boba Fett and eating a big fat Darth Vader cupcake (okay and probably carrying around a kiddie pail of candy too), you’ll find us scoping out all the Ewok goodies. Really, does it get any better than Wicket?

Where will you be found come Star Wars Weekend? We’re pretty sure the biggest chunk of our time will be spent lining up to meet the stars!