Spy Pics: SonyEricsson thin 3G candybar and slider due May 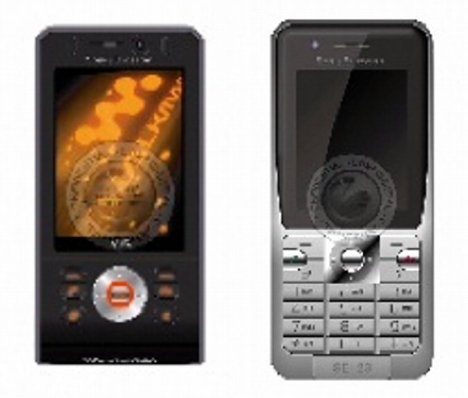 SonyEricsson is preparing an announcement in May; supposedly at least 2 handsets would be introduced, the Shinobu (above, left) and Nicole (above, right). These devices (and the W580i) would use a modified UI with a reorganization of keys, namely the addition of dial-hang up buttons. We enlarged the original pictures so that you can see the SonyEricsson watermark too, please excuse the pixelation. The 5 megapixels prototype we showed you might not be introduced just yet The messaging device(s) that we also reported might be released in the form of their variants, or at a later date.

Nicole should be a 13mm thick WCDMA candybar with a 2.1″ 176×220 screen and a 2megapixels fixed focus camera, it should be retailed at about €190 ($240). This could be the first phone released with the Sagem ODM deal. —Sam Chan