Sony Confirms $399 PS3 Coming to US, Outsources Chipmaking to Toshiba 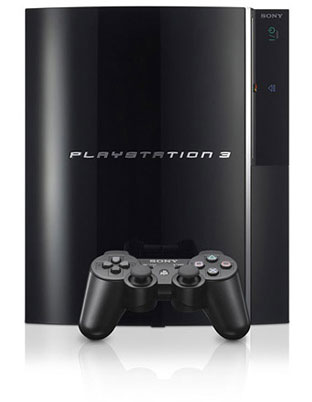 It was only a matter of time before Sony announced that the cheaper, stripped down European version of the PS3 would make its way to the States–and it appears that today was the day. Specifically, the official announcement revealed that a 40GB PS3 with half the USB ports, no multi-format card reader, and no backwards compatibility will be available in the US starting on November 2nd for $399. This will coincide with a price drop on the 80GB PS3 from $599 to $499.

In addition to the price drop news, a a new joint venture between Sony and Toshiba was announced that would help manage production of PS3 hardware like the cell processor and the NVIDIA graphics chipset. Toshiba will also be taking over production of the 300nm chip wafers. The transition is expected to be finalized by March of 2008.

The way I see it, I can still get a better gaming experience on the 360 for a better price. Until the games start to justify that price, or the price starts to be more competitive with the 360 and the Wii, Sony can eat my ass. —Sean Fallon